There is a global shift from national governments, municipalities and city planners that are looking to provide their inhabitants with more modern, brighter, efficient, safer, and cleaner lighting solutions.

In this article, we shine a light on the long-term benefits LED street lights for modern cities and how they can help save millions.

According to recent estimates, the global population is expected to surpass 8 billion people by 2025.

Of that number, over half [57.5%] will reside in urban areas requiring infrastructure and services to sustain and improve quality of life, foster business growth and development, and provide a healthy and secure environment for residents.

Key among these services is electricity, without which no modern society can function.

Driven by this growing population, energy providers and the governments that regulate them are racing to provide solutions. Some regions such as Asia and Africa are expected to see double to triple of energy sources as these countries build out the infrastructure required to keep pace with population growth.

The trend isn’t simply confined to developing countries. Post-industrial countries, while not facing the same rate of population growth as developing nations, are struggling with issues such as infrastructure and inefficient legacy technologies.

Both developing and post-industrial nations face daunting capital costs to build or improve their infrastructure while allowing a manageable level of debt.

While there is no panacea for the problem, compelling solutions for specific challenges are coming to light that will allow governments to save millions on energy costs, improved efficiency, and long-term maintenance costs.

One such area is in the conversion of conventional street lighting technology to greener and more efficient solutions such as LED street lights. 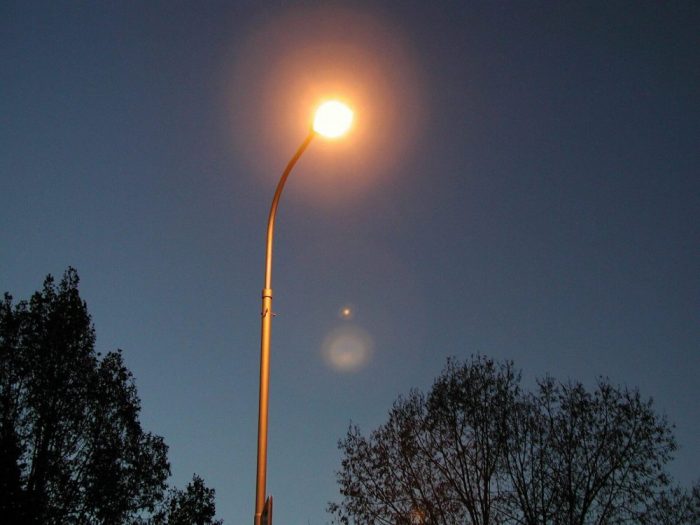 Traditional street lighting consists of high-pressure sodium lamps (HPS) to light streets and highways in both urban and rural towns and byways. But, as growth increases and competition for capital becomes more intense, this technology is not only outdated and inefficient, it is also less effective and of lower quality than LED lights.

To better understand the performance of LED vs HPS, there are a few key benefits to consider:

One of the greatest benefits of LED street lights in their total system efficiency.

Compared to HPS lights, LED lights have a similar drop in efficiency at the end of their lifespan. However, the distinction lies in the overall lifespan of LED lighting with LED lasting 4-10 times longer depending on .

LED lights also have a higher light output ratio (LOR) with some case studies showing LOR for LED lighting as near 100% compared to HPS lighting that at best achieves in the mid 70% range.

However, it is generally omnidirectional or may be shaded to eliminate this effect resulting in a lower luminous efficacy.  This results in energy consumption for light not reaching the target area or absorbed by fixtures creating heat.

With a much higher luminous efficacy, LED lighting allows almost all energy used in creating the light to be converted to visible light.  Case studies have shown as much as 15% improvement in luminous efficacy for LED compared to HPS.

Using the Kelvin temperature rating, the Correlated Color Index (CCI) defines appearance a scale based on the Kelvin temp of the light compared to sunlight. Using this scale, “sunlight at noon” is expressed as 4000K-6000K. 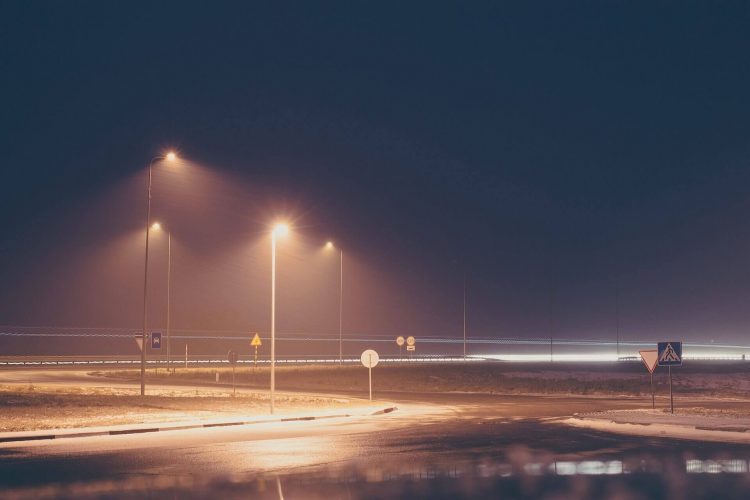 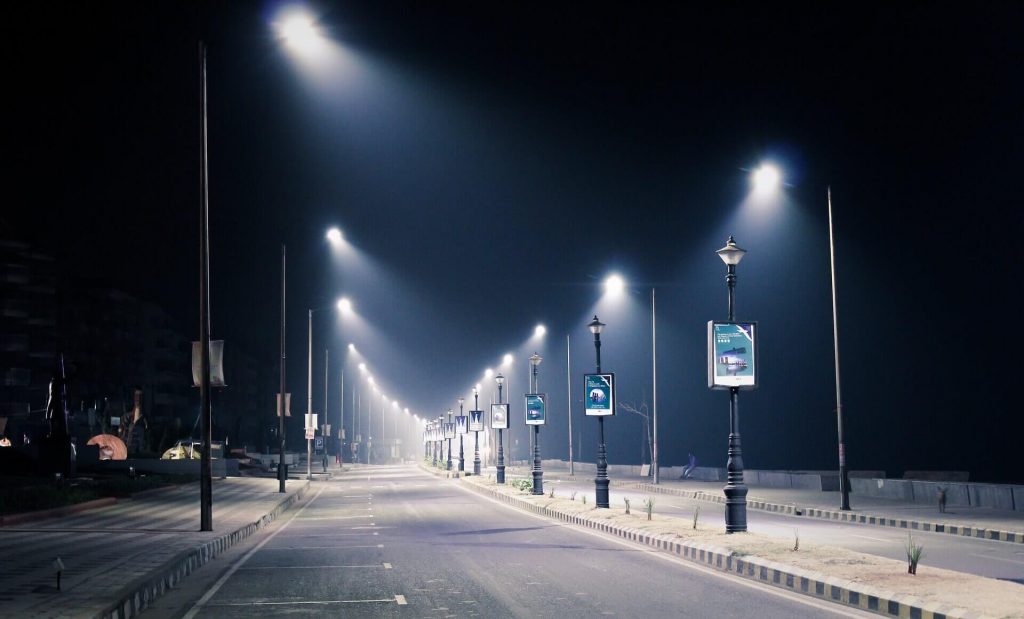 This provides buyers with a wider range of options depending on end use and allows lighting to be customized for areas requiring a lower CCI for as well as those that require a higher “simulated daylight” CCI for critical roadways, streets, parking lots and pedestrian areas.

LED lighting also has a much greater Color Rendering Index [CRI] compared to HPS. HPS lighting has a CRI of 24/100 while LED lighting’s CRI is 80+/100.

Since is distorted for lighting with lower CRI, this allows illuminated objects under light to be seen more realistically and natural compared to the yellow cast of HPS light.

Combined with higher CCI, the higher CRI allows for safer roads because objects can be identified earlier and in full . This also has an impact on security serving as an additional deterrent to crime.

However, the LED cost is lower over time due to its significantly longer lifespan.

This results in both lower bulb cost and lower costs required for bulb changes municipal and private maintenance staff.

As a result, it can easily be controlled by a Smart City System to manage power consumption without the tradeoff of long term degradation.

They are viable with temperatures as low as -40°C and as high as 100°C and they achieve maximum brightness almost instantaneously. HPS lighting requires an time of up to ten minutes.

While LED lights do dim gradually over time, they typically operate with multiple diodes within a single luminaire. So, a loss of one or two diodes will not result in the failure of the entire luminaire.

HPS lighting utilizes glass bulb and can incur breakage from physical shock as well as during installation.

Maintenance costs in both private and public are always costly and expensive due to , administrative tracking of device lifecycles, breakage and other unforeseen costs.

As municipalities and other government entities plan growth to address population increase or a strong business environment, the cost of maintenance is a key factor in LED street lights vs HPS street lights.

While there is a “bandwagon” effect to many green efforts worldwide, there are also legitimate concerns that impact economic health for local, regional and national governments.

Corporate entities looking to locate to various enterprise zones, free-trade zones and other incentivized industrial regions are often acutely aware of their brand reputation and impact.

A genuine effort to develop infrastructure that is smart, efficient and reduces carbon and ecological footprints may make the difference between an empty industrial park or a full one.

In addition to global warming issues, the emittance of heat represents use of electrical resources thus driving up electrical demand that is potentially generated by fossil fuels.

With sustainability issues most critical in the very countries where is expected to grow the most, this is a very powerful application for LED.

Unlike HPS lighting, LED lights can be scaled from very small to very large applications.

This “customizability” means that LED lighting can be sized to use only the electrical volume required.  This ability to customize makes LED lighting more agile, and therefore more than HPS lights.

While urban planning for population growth is a key concern for all governments, one of the most intriguing benefits of LED lighting is its amenability to remote installation of solar power. 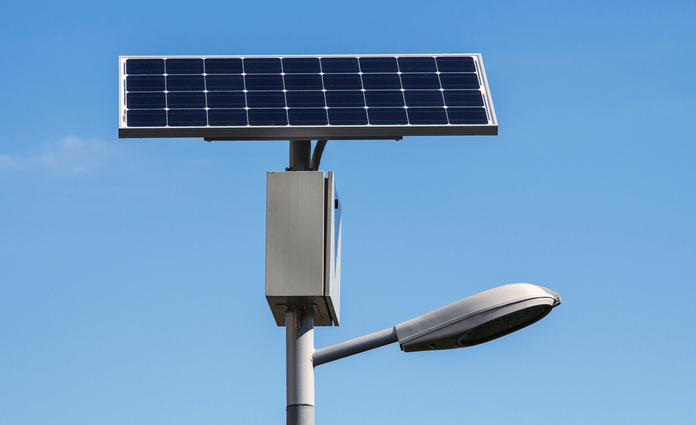 Solar LED street lights can operate efficiently with the use of solar panels, either directly attached to the light structure or, by drawing from a local solar array. This allows safe, efficient and natural lighting in areas where it may have previously been cost prohibitive.

As an alternative to running electrical lines, solar power for LED lighting has both urban and rural applications for cost saving and can as both a temporary or permanent solution.

As population continues to grow, there is need for better, more efficient infrastructure to stay apace.

The most effective way to do this through agile solutions that attack the challenges on several fronts at once.

lighting is one such solution that enables governments and planners, and the tender groups that them, to incorporate a solution to reduce and manage cost at multiple levels.

For those within who are tasked with capital planning for critical infrastructure, LED street lights provide an energy efficient solution that uses 50-70% less energy than conventional incandescent lighting such as HPS.

With its longer lifespan and lower maintenance requirements, staff can be utilized more effectively on other infrastructure needs, or costs can be realized outright. It also substantially reduces a city’s ecological footprint and creates safer roads and streets that are cheaper to maintain.

For those seeking to tender services and to supply municipalities, national governments and private enterprises with a solution that allows them to cut costs and manage their electrical requirements, LED lighting can provide optimal lighting at a pace that saves those governments millions in costs.

When combined with other new technologies such as IoT implementation in the form of Smart City Systems, those cost reductions will continue to accelerate as an agile, customizable and cheaper alternative to HPS lighting.

Speak to Provident to discuss your city network’s unique needs to select the most optimal lighting solution today!